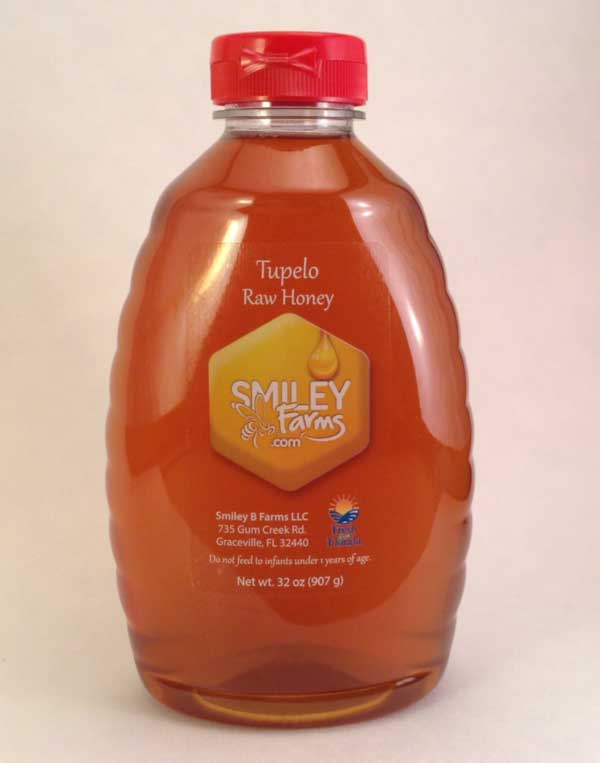 Tupelo Honey is produced from the nectar of the blossoms of the white Ogeechee tupelo (Nyssa ogeche) tree. These trees are distributed along the borders of rivers and swamps mainly in the remote wetlands of North Florida. The small area between the Apalachicola and Ochlockonee rivers holds the largest concentration of trees and for the most part is the only tupelo honey production area in the world.

Tupelo trees have clusters of greenish ball flowers, which later develop into berrylike fruits. The bloom lasts only 14-21 days (some years like 2015 only hours) in April and May. Tupelo honey is light Amber with a green cast when held in light. It has a pear-like and hoppy aroma and a coveted flavor that fans describe as mild, delicate, and buttery.

Because of its unusually high fructose content (versus sucrose), tupelo honey will take a very long time to granulate. Also because of its low sucrose content, some doctors allow diabetics to eat it in moderation.

Order some of God's wonderful creation and learn why there are songs made about it.

Thanks for subscribing! Please check your email for further instructions.

Something went wrong. Please check your entries and try again.